be.h: The H boson gateway to physics beyond the Standard Model

The discovery of the Higgs boson has not only crowned almost 50 years of theoretical and experimental research, but it has also opened a new era for particle physicists, with more-than-ever pressing questions and mysteries to be addressed. One of them is the apparent conundrum that, while expected from theoretical arguments based on experimental observations, no direct sign of new physics has been found so far.

The second run of proton collisions collected by the CMS experiment at the LHC will extend considerably the dataset that will allow the Higgs boson to be studied. This is the not-to-be-missed opportunity for the first in-depth exploration of the scalar sector.

We search for phenomena beyond the Standard Model of fundamental interactions using the Higgs boson as a gateway to new physics. 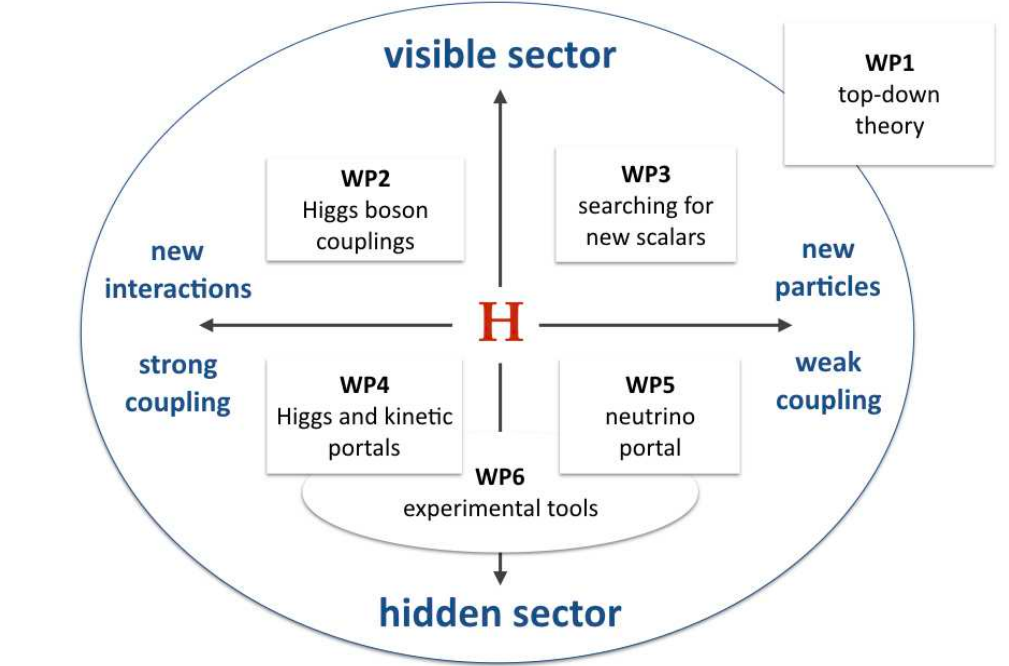 A simple scheme of our project, which is organized in six work packages (WP), is shown in the figure above. New physics could emerge from the scalar sector in different ways. We first aim at detecting signs of a visible sector by accurately measuring the Higgs boson couplings to the other particles and to itself (WP2). Capitalizing on a long-standing and fruitful collaboration between theoretical and experimental physicists and on several techniques of which we are world leaders, we will either discover new  interactions or put severe constraints on the energy scale of new physics. At the same time, we will also address the question whether other scalar resonances exist (WP3). Second, we aim at exploring the possibility that the Higgs boson could be the link to a hidden sector made of new particles uncharged under the Standard Model (WP4 and WP5). Such a hidden sector could contain new particles, possibly the dark matter particle, and last but not least, bring the discovery of sterile neutrinos, the key towards an explanation of the origin of neutrino masses. Our approach is essentially bottom-up and starts from a broad set of experiments, CMS at the LHC, SoLid, JUNO, and NA62.
They offer a unique and complementary way to explore the portals to the hidden sector.

Official launch of the project